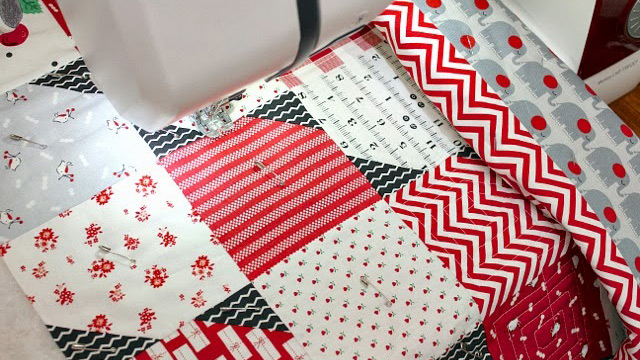 Quilting and patchwork are two very distinct forms of textile art used across cultures to make a diverse range of decorative objects. Since the medieval age, people have been using these techniques to create clothing pieces, furnishing items, heirlooms, and intricate objects.

For a layman, patchwork and quilting are often the same things. Only an experienced quilter will tell you that both the techniques are far from being the same.

Both patchwork and quilting have different origins and are sewn differently. While quilting consists of sewing three layers of fabrics into one bed covering, patchwork refers to the art of stitching pieces of fabric together.

In this article, we are going to discuss the top three significant differences between patchwork and quilting. We’ll assess and highlight the contrasts between the two forms to give you a better understanding of both techniques.

However, before diving into the differences, let’s first understand the basics.

The term quilt is derived from the Latin word ‘Culcita,’ which means a stuffed sack.

Quilting is a technique of sewing layers of material together to make a quilt. Generally, a quilt is made of three layers of fabric. The top and bottom layers hold the middle layer of padding through lines of stitching. Depending on the purpose of the quilt, the stitches can vary in pattern and design.

Also known as piecework or pierced work, patchwork is a method of stitching pieces of fabric together to form a design or whole block. To create a patchwork design, the fabric pieces of different sizes, shapes, colors, textures, and patterns are pieced together as a unified theme.

Quilters often measure the pieces of fabric and cut it out in different shapes beforehand to simplify the process. The technique is widely popular for its elaborate designs and variegated style. When done right, the result is always vibrant.

The Origin of the Textile Art Techniques

The history of quilting is shrouded in mystery – historians are uncertain of its possible origin due to only a few surviving pieces. However, from the evidence found in the Egyptian temple of Osiris, many speculate that the technique of garment making by quilting, applique, and patchwork dates back to 5000 years ago. In China, similar quilts made by piecing together the fabrics were widely used around the same time. 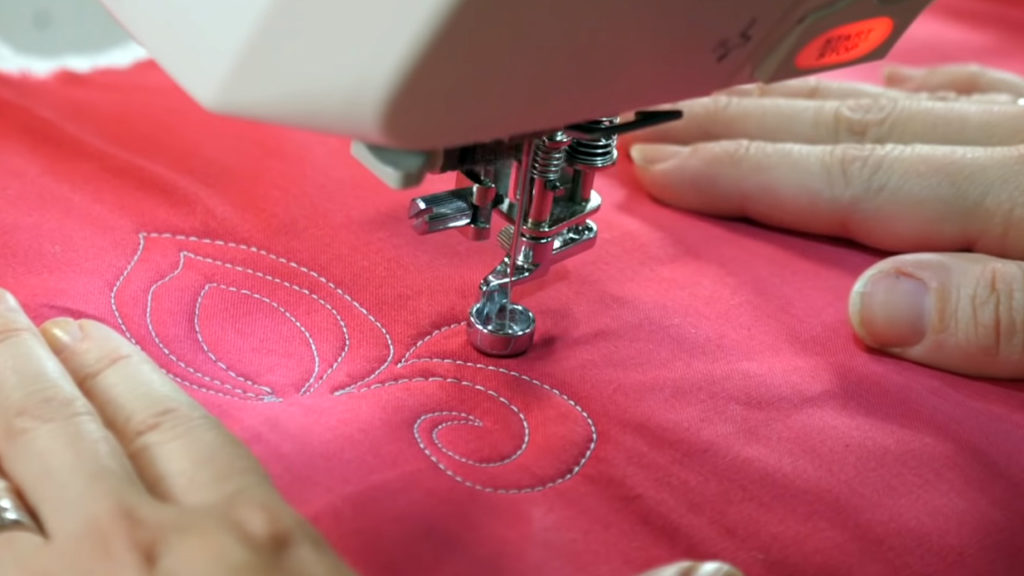 By the 13th century, quilted clothes gained popularity as protective clothing worn under armor in England and Japan. A century later, the elite class and prominent figures made the quilted doublets a fashion statement. Written records and literature work from the 15th century England mentions the use of bed quilts and mattresses made with patchwork.

The quilt making art entered America by the 17th century when settlers from Wales, Holland, and England brought their fine needlework and applique technique with them. The earliest quilt trend was inspired by a mix of Palampores, Chintzes, and Kanthas that came from East India.

The art of quilting and patchwork saw a significant downfall in the late 19th century. By the start of the 20th century, fashion designers and artisans reinfused a breath of freshness to this dying art form by making it a component of fashion.

What Is The Difference Between Patchwork And Quilting?

Quilting and patchwork have been around for a long time. They are used for making everyday use articles and decorative pieces; however, they vary on various grounds.

From what we know of the history of quilting, the technique was practiced to create garments for insulation and protection. There are many shreds of evidence that points to the usage of quilting to make bed coverings, daywear, and garments.

By the 17th century, Colonial quilters started experimenting with the technique and used it as a conduit to display delicate applique and needlework. In major European cities, plain quilts, and clothing articles from quilts were professionally produced and imported. With the introduction of machines, commercial woven coverlets became a more economical option.

Contrary to quilting, patchwork is predominantly domestic and not a professional undertaking.

Patchwork is closely connected with the domestic economy. It’s an art form that has erupted and popularized due to necessity. Women have been using this technique to reuse scraps of fabrics to either create another garment or extend the life of an existing one. However, pieces of patchwork from history and literature mentions suggest that many ladies for leisure undertook this textile art form. 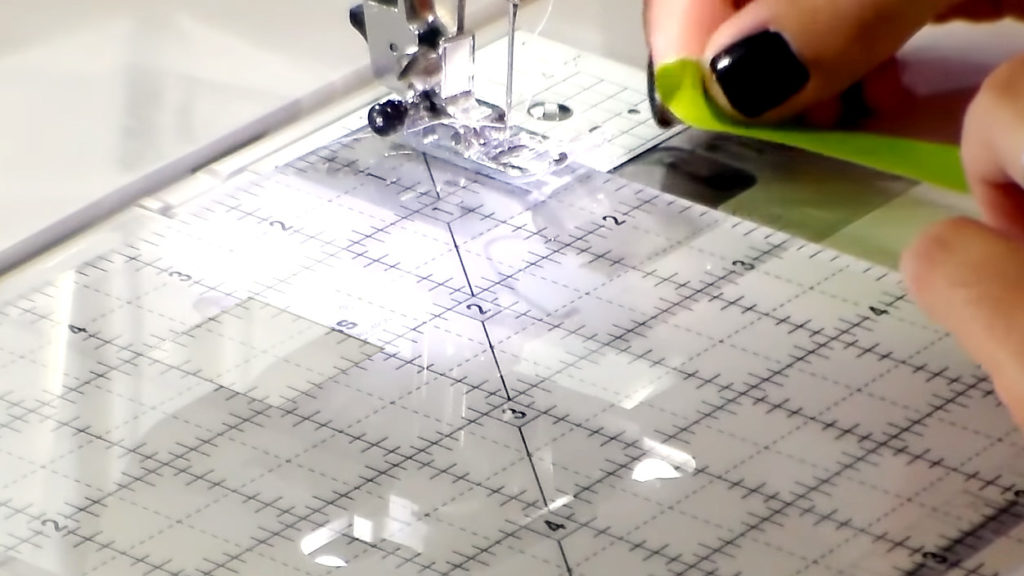 When we compare the two weaves, the differences in their stitching technique is evident. While patchwork is a separate sewing technique, quilting is a mixture of various techniques.

Patchwork is sewing together fragments of the fabric of varying texture, color, shape, and size into a whole new piece of fabric. Patchwork emphasizes how these different elements are sewn together as one. For instance, one can achieve the result by stitching the same shaped and sized patterns or by putting together random fragments of fabrics. Other forms of stitching, like embroidery, can also be incorporated in patchwork to enhance the creative appeal of the fabric.

In quilting, patchwork is a frequently used sewing technique. Generally, quilting is layering fabrics to create coverlets or quilted garments. Its layers are top fabric, backing fabric, and batting or wadding.

To create a quilt, a layer of batting made of insulating material is sewn in between the top fabric and the backing material. Fine applique work is done on the quilt to keep the layers in place and add texture to it.

Do note that in quilting, stitching is a crucial element. The stitching pattern is of significant importance if the top layer is made from the same fabric, also known as a whole cloth quilt. However, if the top layer is formed by piecing small fabrics together, the color, texture, and pattern will have an impact on the overall design. Whether one chooses basic stitch or applique needlework, each stitch should run through all the layers.

Some popular patchwork patterns are:

Despite the differences, quilting and patchwork are often used as a synonym to each other. Both art forms have experienced their share of glory and fall. Today, both patchwork and quilting are popular crafts that people use to create beautiful artforms.

We hope you enjoyed reading this insightful article on patchwork and quilting. If you wish to read similar content, keep following the space. 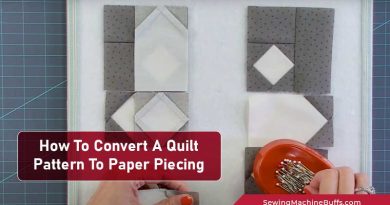 How To Convert A Quilt Pattern To Paper Piecing 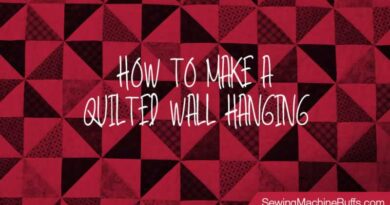 How to Make A Quilted Wall Hanging 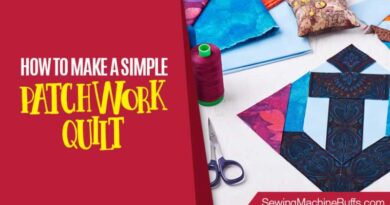 How To Make A Simple Patchwork Quilt