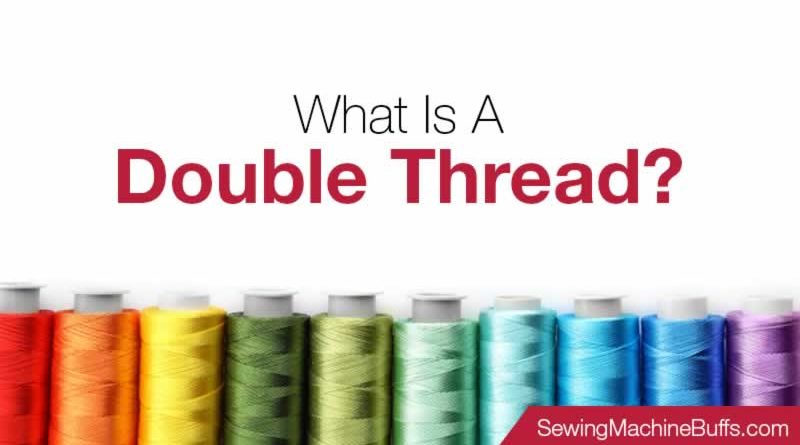 We are here to help with these general sewing terms, be it while sewing by hand or using a sewing machine.

What Is A Double Thread? 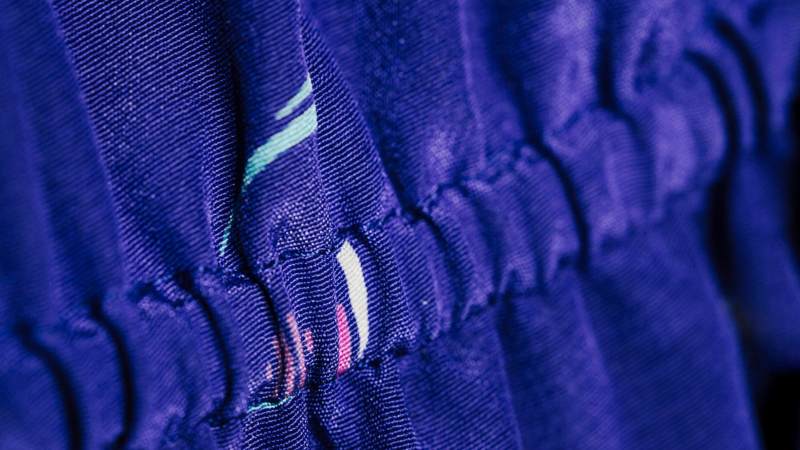 Double thread in sewing is when you put the thread through the needle eye and double it up in such a way that the end meets with the thread from the spool. You can knot up the ends together and stitch with a double thread. You can knot it twice so that the knot will stay.

Sewing using a double thread is often used owing to the sturdy stitches it gives and the ease of threading.

What Is Double Thread Used For? 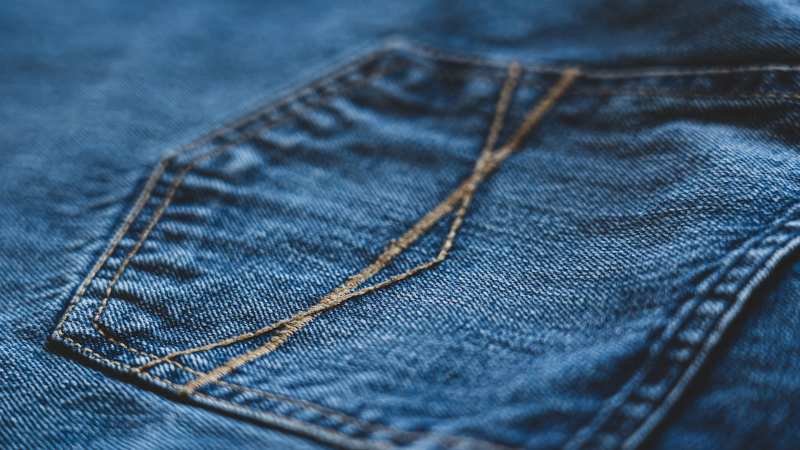 You might use double thread for sewing buttons on clothes, for strong stitches and most of your daily sewing jobs.

However, for sewing jobs on more delicate fabric and clothing where you would need to make invisible stitches single thread would make a good choice.

How To Double Thread A Needle? 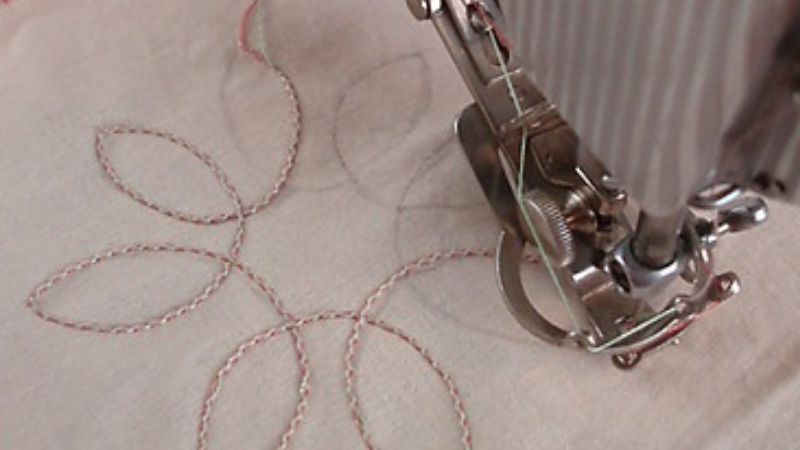 You are all set with the sewing accessories to start on your sewing task. So, let’s give you some detailed step-by-step guide on how to double thread a needle. 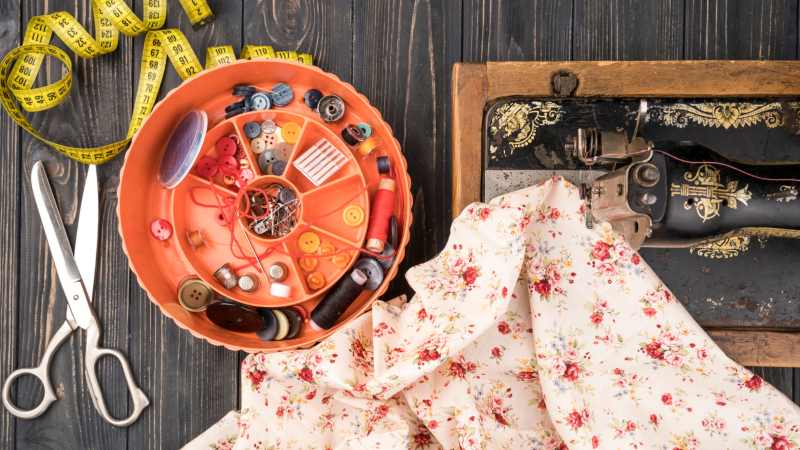 You can pick good quality cotton or silk thread as the need may be, a needle, and a pair of scissors to cut the thread.

Threading a needle be in a single or double thread is a difficult task for those who have shaky hands and poor eyesight. You can always use a needle threader to do this job for you. It can thread the needles in a jiffy.

In case of your basic sewing needs, you can use sharp needles. For quilting and thick sewing fabric, you will use one that is a bit blunt but thick. For your embroidery needs, you will use needles that have larger eyes as you will be using thicker threads.

Step 1. Preferably keep them on a flat surface and within your eyesight.

Step 2. Take a spool of thread and unwind a few inches of thread from it. Keep the thread at the right length to avoid tangling. You could also use beeswax to give a nice coating to the thread. This will also prevent the thread from tangling. However, avoid using them on fine fabric as it can leave stains of wax when it melts. 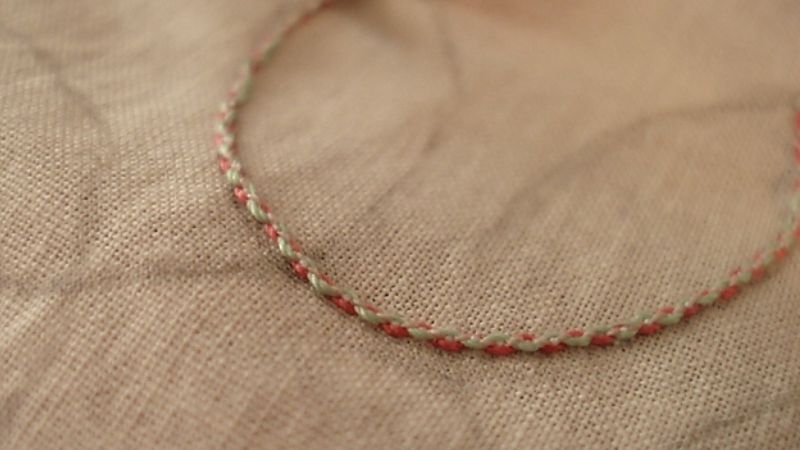 Step 3. Take the needle and pull one end of the thread through the needle eye. Just make sure the end is cut correctly, as the little strands will come in the way of sliding, making the task difficult.

You could also use a needle threader that will make the job easier for you if you have trouble with eyesight.  Cut the ends at a 45-degree angle to make sure the ends slide correctly into the eye.

Step 4. Pull the thread till the parallel ends meet and are of equal length.

Step 5. Now, you can try wrapping the threads around your finger, then roll it between your fingers and pull it tight.

Step 6. You can also simultaneously make a loop from one end over the needle and make a knot near the needle eye so that the threads do not slip while sewing. After you have done this, you can knot the ends again.

Now you have learned how to double thread through this detailed tutorial.

Step 1. Cut a reasonable length of thread around 2 feet, depending on the sewing project. In this method, you will be folding the thread into half, so keep this in mind before cutting the required thread. It would be ideal for pulling out twice the length of the thread you need.

Step 2. Fold the thread to make equal halves. Get the ends together and twist it between your index and thumb finger.

Step 4. Then take both ends between your forefinger and thumb and pull the thread through the needle until the loop end is about 4 inches away from the needle.

Step 5. Pull the needle through till you reach the loop, now as the needle reaches the loop, insert it through the loop so that you make a tight knot at the eye of the needle. This is done so that the needle does not slide, which is common in double thread sewing.

Step 6. Wrap the ends around your middle finger. You can use the thumb finger to hold the loose ends while you roll it over the middle finger.

Step 7. The rolled thread should slowly be slid by firmly pressing the thread downwards between your thumb and middle finger.

Step 8. Pull the thread tightly to create a knot.

People use both single or double thread for sewing. A single thread is more often used by sewists who are quite good at their craft. A single thread is when you pull one end of the thread through the needle eye and get it a few inches from the end. You will then cut the required length of thread and knot the longer end.

The only real difference is in the way we know the end. In the double thread, you knot the parallel threads together, while in the single thread, you will knot only the long thread.

Double thread is comparatively an effective way to sew as you do not have to keep worrying about the loose end slipping of the needle eye.

Sewing with a twin needle is quite different from hand sewing with double thread. Sewing with twin needles using a sewing machine helps you create beautiful embroidery works on garments.

Twin needle can be used to creating pintucks, parallel rows of top stitches, decorative stitches. These twin needles drop down from a single shank. It is widely used when you have to do zig-zag sewing on fabric.

Now we are sure not to get confused between double thread and double-needle sewing.

We sincerely hope this tutorial has helped the novices with their queries on double threading and other aspects of sewing explained above. We are eager to hear from you on how your sewing project went? Or if you have any suggestions on how we can improve our sewing hacks. Please feel free to drop in your comments and suggestions as it is sure to benefit other sewing enthusiasts.