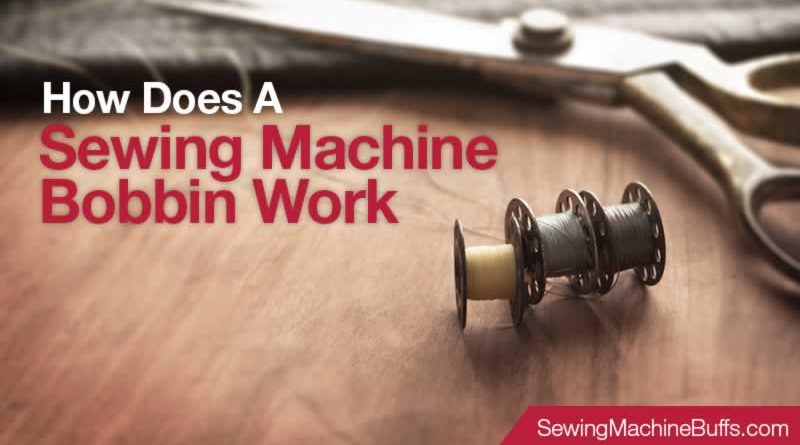 How Does A Sewing Machine Bobbin Work? 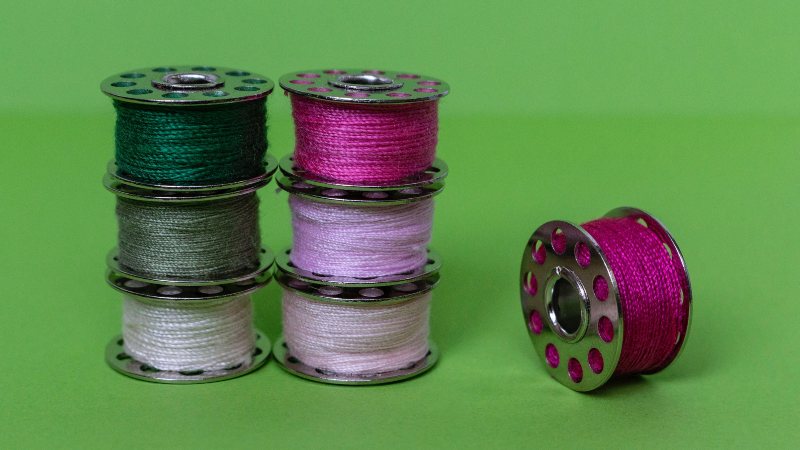 In a typical sewing machine, a bobbin is used to hold the bottom thread in place, much like you would hold a long cable in a pallet or yarn in a ball. The bobbin sits just beneath the needle in its compartment,known as a bobbin case. Almost all sewing machines use a bobbin and top thread mechanism to create a complete loop while sewing. It is the loopthat ends up creating the perfect sew when hookedand passed through fabric with a sewing pin.

If you happen to look at a sew being formed, you will see how the needle reaches into the bobbin case and pulls a thread for each cycle, loops it with the upper thread, and creates a complete sew on the pressed fabric. So essentially, a bobbin is the second and must-have part of the sewing thread required to create a complete loop, and hence a sew.

Can I Sew Without A Bobbin? 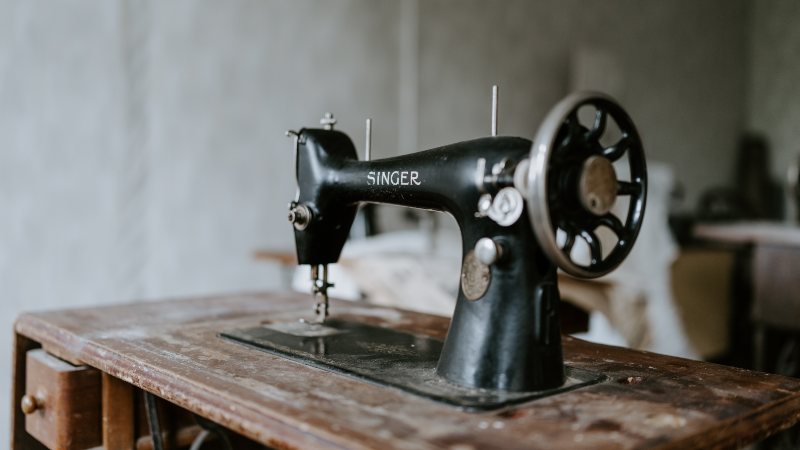 It’s impossible to sew without a bobbin in a typical sewing machine for several reasons. First, and quite obvious basedon theunderlying mechanism of a sewing machine, you wouldn’t really create a sew without a bobbin and top thread combinations. Instead, you would basically be pinning the upper thread and unpinning it from the fabric for each sewing cycle. Secondly, due to their construction and positioning below the needle, bobbin cases create the much-needed tension you need to create a perfectly tight knot on your fabric.  In essence, a bobbin, simple as it might look, is the heart and soul of your sewing machine.

That said, some sewing machines, such as chain machines, do not requirea bobbin. Chain machines are only able to work this way because their underlying mechanism doesn’t include a bobbin. Instead, they use a continuous thread mechanism to create a loose thread on some type of fabric. However, chain machines aren’t used that much, and you would be hard-pressed to find one used at home or a typicalsewing factory.

Does A Bobbin Use Special Thread?

Where Is the Bobbin on A Sewing Machine?

As mentioned in passing above, a bobbin is usually located in a compartment just below the base of the needle. However, the exactpositioning, housing, and mode of interaction with the needle vary from one sewing machine to another. A bobbin shouldn’t, however, be confused with bobbin casing or bobbin thread. A bobbin is the separate, removable, and replaceable component that holds the bobbin thread.

You can buy a factory-made bobbin replacement when the thread runs out, rethread it or use the ones that come with the sewing machine if it’s new. More importantly, you should only use the bobbin that is compatible with your sewing machine. Sometimes, buying a factory-made bobbin thread means getting a new bobbin with the thread, therefore, ensure you get the right size each time.

To access the bobbin, just open the loading compartment below the needle according to the usage instructions for your specific sewing machine and lift it off. It’s important to follow the user manual for loading and unloading bobbin as some sewing machines allow you to remove the entire bobbin case. In contrast, others have the case fixed in place, so they shouldn’t be messed with. Most of the problems associated with sewing machines have to do with improper loading, handling, and unloading of bobbins.

How Do You Rethread A Bobbin?

The most important and somewhat challenging activity for those new to sewing is bobbin rethreading. Almost every sewing machine brand or model has a different bobbin threading mechanism. As an example, older Singer Antique sewing machines have a simple quadruple-hook systemmaking it easy to wind/rethread a bobbin by hand.Newer machines may come with complicated rethreading systems but work more efficientlyonce you get the hang of it through experience.

To rethread a bobbin correctly, use the following guidelines regardless of the sewing machine you use:

How to Troubleshoot Bobbin Problems 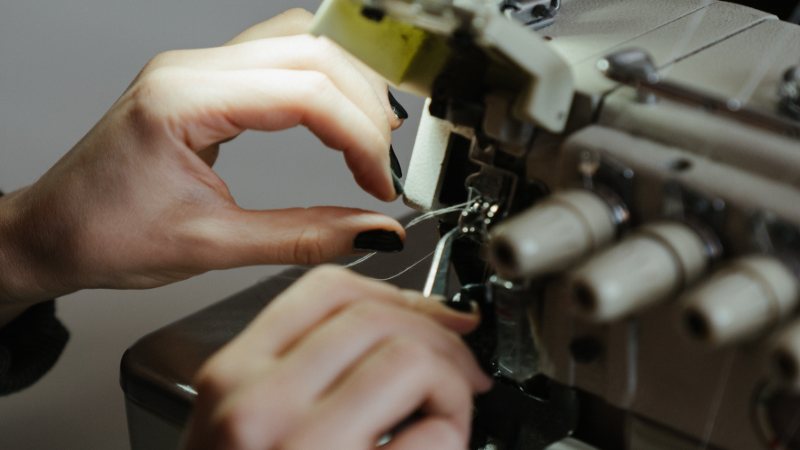 Bobbin Thread Is Not Sewing

Bobbin Is Stuck in One Place

It’s very common to end up with a stuck bobbin or one thatdoesn’t move freely thus causing uneven threading. If this happens, you might want to check if the bobbin casing is bent or scratched and also check that the bobbin itself is in perfect condition. Bent bobbin problemsare quite common where different types of bobbins are used on a sewing machine. Replace the problematic bobbin with a new one if it appears bent or scratched. 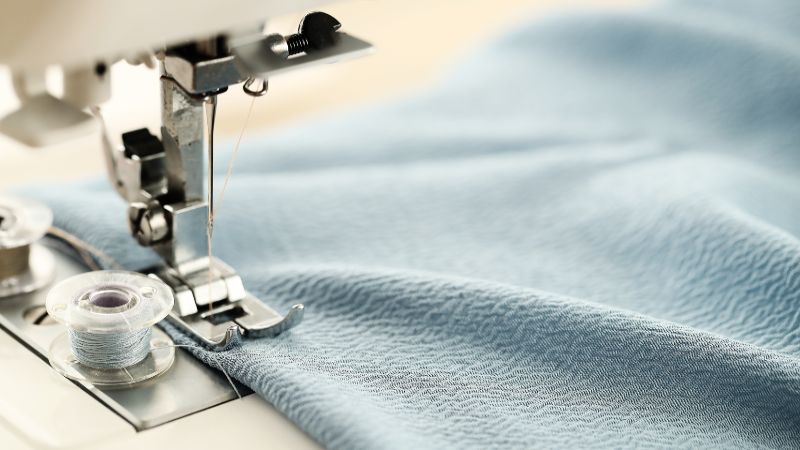 This normallyhappens because of the following reasons:

This can happen if the tension isn’t set correctly on the main thread or somewhere in the loop.  In most cases, reattaching the main thread with the right tension will solve this problem. You may also want to check that the needle tip is in perfect condition if the problem persists. Sometimes, a worn-out needle may lead to improper hooking and cause all manner of issues while sewing. 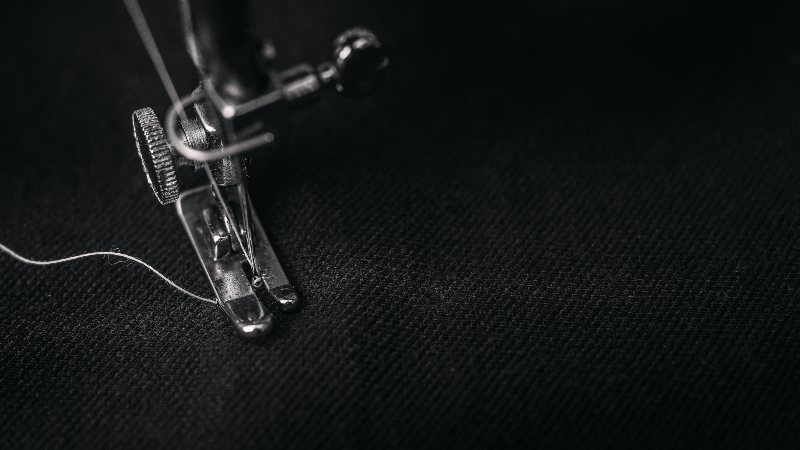 As you can see, the bobbin is probably the most critical piece of the puzzle as far as sewing is concerned. Having the right bobbin and using it properly willdefinitely make it easier for you and also affect your end product.

How Often Should You Change Your Sewing Machine Needle 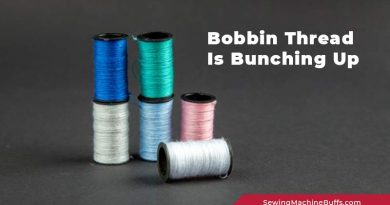 Bobbin Thread Is Bunching Up – Causes and Solutions 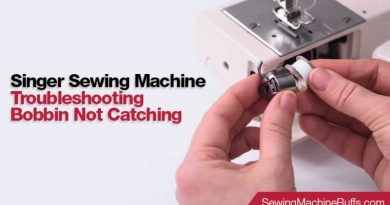