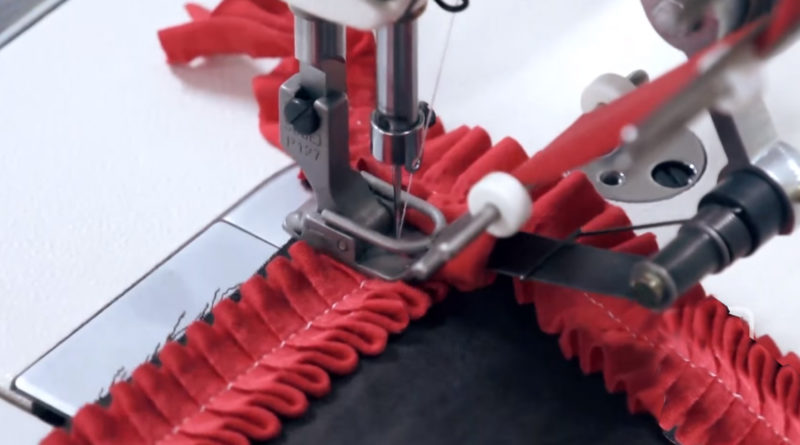 A serger and a coverstitch machine are both specialty sewing machines designed to make it easier for you to work more creatively. Both have a lot of stitching functions and features to add that special touch to your work. While they have their unique features and qualities, and might even have similar appearances, they do have a number of differences between them as well.

What Is The Difference Between A Coverstitch Machine And A Serger?

Sergers can take between 3 to 8 thread cones at once, and they have loopers which loop the thread around the fabric’s edge to prevent fraying.

They also have blades which trims the fabric, so that the thread can loop neatly. But a coversitch only has a looper but not the blade. Coverstitch machines can use up to 3 threads or even more.

Sergers can be used for seam finishing, and they are great for sewing many knits because the stitch is constructed in a way that they are inherently stretchy.

Although, it’s still very possible to sew knits, and also finish seams in the absence of a serger. A coverstitch machine can, on its own, be used for creating a chain stitch which can make a very strong seam if it’s properly knotted. 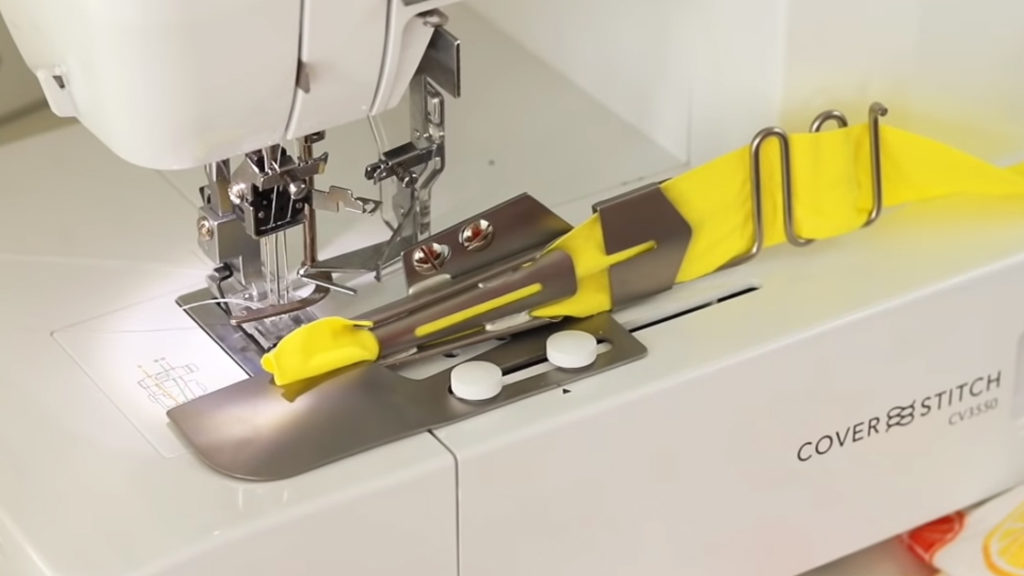 Is A Coverstitch Machine The Same As A Serger?

A serger, also known as an overlocker, is a machine made so you can add clean and professional finishes to your hems, sleeves, seams and other items you are tailoring by trimming the allowances of the seam and also encasing the raw edges securely in a smooth operation.

Although most sergers are designed so that they are able to do their best work on knits, many of them are also used to produce attractive and fascinating professional results on different types of fabric layers, including both lightweight fabrics, and very heavy fabrics.

Depending on the model of the serger you are using, some of them that works at high speeds such as 1,700 stitches per minute, are able to hold as much as 8 spools of thread, and they often have two needles.

A coverstitch machine is a sewing machine that is designed for the specific purpose of adding a professional finish on knit fabrics and hems as well. It is able to make strong, secure, and stretchable seams that can be moved with the fabric.

Very much like a serger, it is possible to use a coverstitch machine to attach elastic, lace, and other types of seams to the garment that you are sewing. It can also be used to create beautiful embroideries and other top decorative stitching effects like a serger.

Although, it is possible to have both coverstitch machine and serger alongside the traditional sewing machines. You can as well do without one of them if you can’t afford both.

It’s best to know the difference between both machines to understand them better. 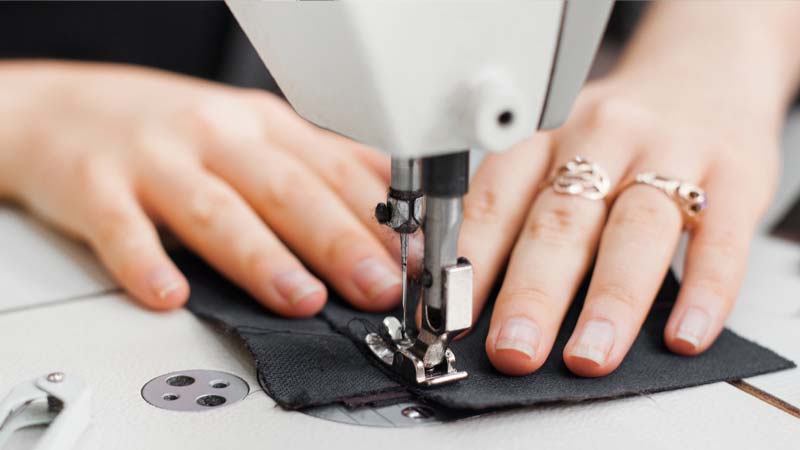 Differences Between Coverstitch Machine And A Serger

1. Time: An overlocker or serger is designed in a way that, and serge the edge of the fabrics, it also trims the edges. It is therefore, able to do two things at a time. This dual operation is a key to saving time and is a major difference between a serger and a coverstitch machine.

The side cover is usually smaller and the needle plate is narrower. Although, many newer models of sergers also require larger work areas.

3. Coverstitch machines have one looper to thread because to make a coverstitch just one bottom thread is enough. But sergers, on the other hand, have two loopers. Although, they can also work with one looper and use just two thread at the top and the bottom.

4. The coverstitch machine is designed in such a way that it produces two lines of stitches which makes the finish on hems more visible. Also, the machines are able to sew fabrics, very much like the traditional sewing machine.

5. The machine housing and the right-hand needle on a serger has very little space between them, compared to coverstitch machines.

6. Most sergers have just two needles, although older models have just one but the coverstitch machine usually have three needles. However, there are newer models of sergers that give you the option to use 3 or 4 needles.

7. Serger machines have two cutting knives that are meant to trim the uneven edges of the fabric as you stitch. This creates an even working area for you. But coverstitch machines on the other hand, have none.

Similarities Between A Coverstitch Machine And A Serger

While both machines are different, they have an identical look and are similar in some other ways. 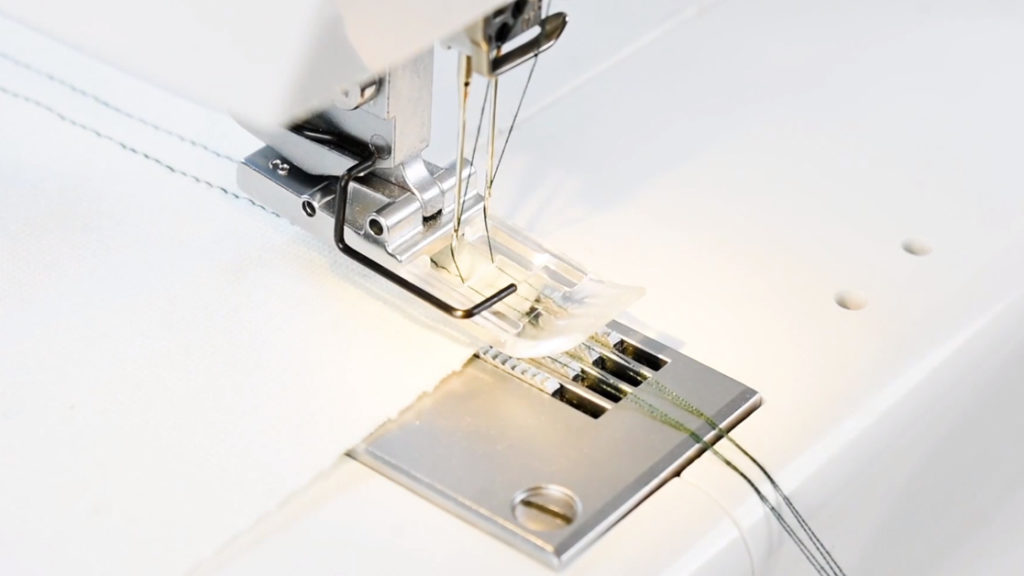 2. Type of threads: Both coverstitch machines and sergers work best with fine and strong threads that have very slick, or smooth surfaces.

3. Free arm: Another feature that is common in both machines is the free arm feature. This feature makes it easier for you to work on small areas and sleeves. They also have adjustable presser foot that can accommodate multiple fabric layers or very thick fabrics.

4. Coverstitch machine and serger both have a control dial or knob which is used to adjust the differential feed mechanism.

5. A coverstitch machine and a serger both have a knob that can be used to adjust the length of the stitch. 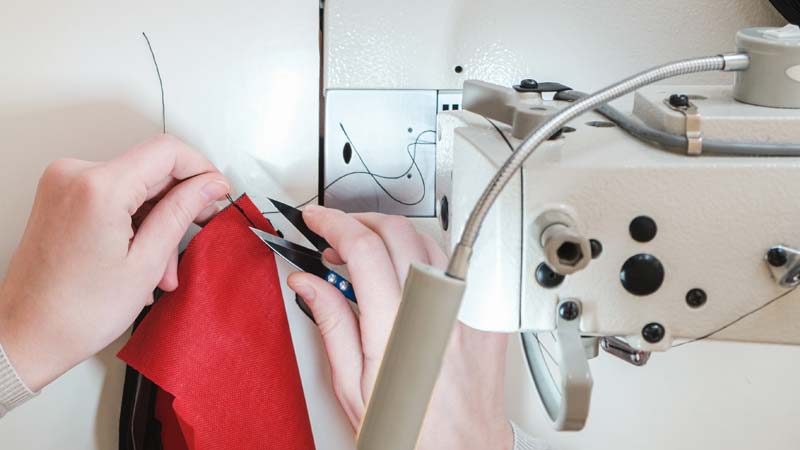 How Is A Serger Different From A Sewing Machine?

A sewing machine generally is a machine that is used to stitch different types of fabrics together. While a serger is also a sewing machine, it does have some extra features that the traditional sewing machine doesn’t have.

For example, a traditional sewing machine would have just one thread and one bobbin for sewing clothes, a serger normally has up to 3 to 5 bobbins attached to it with up to 4 different threads.

They also have blades that are used for cutting the fabric as you sew. Sergers are also more effective and faster than the traditional sewing machine for quilting.

Can A Serger Do A Coverstitch?

A coverstitch usually have two rows of stitching at the front and a serger-like stitch at the back. It gives your hem a very professional look. The coverstitch is beneficial because of its stretch ability and the facts that it covers the raw edge of the hem, all in one.

If you want the coverstitch to be a double stitch, then you can sew it with two needles, and if you want it to look like a triple needle finish, then you should use three needles.

If you don’t want to use a coverstitch only machine, you can get a serger that combines both serger and coverstitch features.

Can A Serger Replace A Sewing Machine?

A serger isn’t meant to replace the traditional sewing machine. Although, there are many sewing projects that you can do completely on a serger machine, you still need a sewing machine.

There are many other sewing activities that a serger cannot do, such as adding zippers, facings, buttonholes, topstitching, etc. you can’t do any of these activities on a serger, but they can be done with a sewing machine. 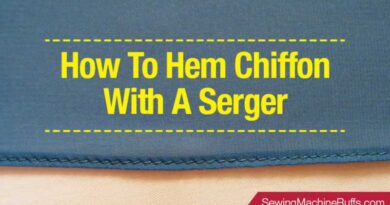 How To Hem Chiffon With A Serger 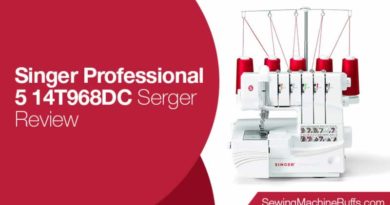 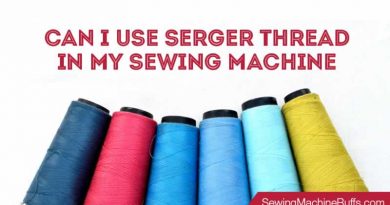 Can I Use Serger Thread In My Sewing Machine