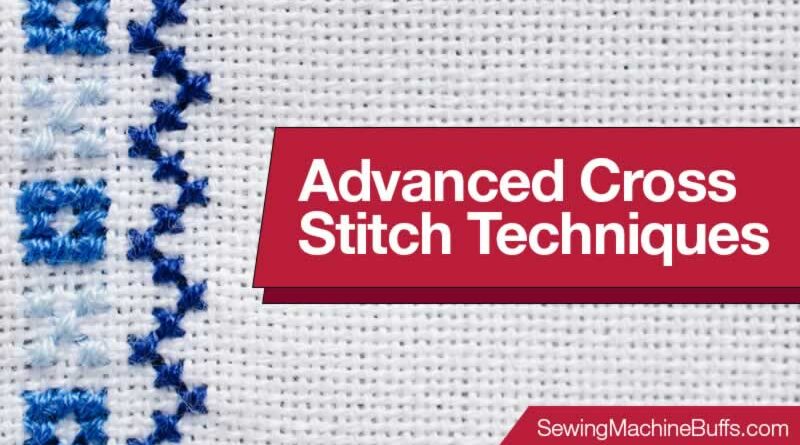 All sewers are familiar with cross-stitch. It is nothing but “X” shaped stitches that are used to fill embroidery designs. The stitches are counted horizontally or vertically to form a beautiful embroidery work of your choice. Cross stitch is mostly used in household linens, tablecloths,and doilies to add a touch of beauty.

What Are the Advanced Cross Stitch Techniques?

These are simple cross stitches that come with different variations. It can be used to form a cluster of stitches or to space out the cross-stitch. The various techniques include

How to Sew a Cross Stitch?

There are two ways in which cross stitch can be sewed – traditional style and Danish style. In both styles, you should first put two lines so that it is easier to stitch.

In the traditional style of cross stitch, first pull the thread from the bottom (A),  then take it diagonally across and push it down(B). Now place the needle underneath the cloth next to point A and below point B and pull it up(C). Now take the needle diagonally opposite C and pull it down (D). This will create an “X” stitch.

How to Sew Advance Cross Stitches?

This is similar to the normal cross-stitch, but the stitches are spaced out. You can space out the stitch either alternately or whichever way you want, depending on the pattern. Spaced cross stitch can also be used when you want to fill a cross stitch pattern with different colors.

A double cross stitch can be used to fill a flower or any pattern.

Now you can sew on the alternate square in the same way as before. This will fill up both sides of the garment with cross stitches.

In this technique, one leg of the cross will be longer, which forms another stitch’s leg. To sew this stitch, first, divide the row into small squares. Now stitch one half cross. For the next half cross, pull the thread from the bottom and push it to the diagonally opposite point of the next square. This stretched leg becomes half cross of the next stitch.

This is similar to a cross-stitch, but the stitches are interconnected. First, pull out the needle through point A and push it through diagonally opposite point B. Now pull the needle through point C, which is close to point B. Ideally, point C should be midway between A and B. Now, push the needle to the diagonally opposite point D and pull the thread through E, which is close to D. This way, you can make interconnected cross stitches.

This stitch consists of a cross stitch with straight lines on two sides. When done in a row, the stitch looks like square boxes with cross stitches inside.

To stitch Italian cross stitch, first draw a square. Then follow the below steps.

First a big cross stitch is done covering nine holes. Each of the four legs of the cross-stitch form part of four cross stitches. This stitch is typically done with threads of different colors to create the right effect.

Now the rice stitch is complete.

What to Consider While Undertaking Advanced Cross Stitch Technique?

For a perfect finish, it is advisable to undertake cross stitch projects on special fabrics like Aida, fiddler’s cloth, or evenweave. Aida is 100% cotton and has a broad and open weave that makes the holes clearly visible. Thus, it is an excellent choice for beginners. Fiddler’s cloth is similar to Aida but comes with 50% cotton, 42% polyester, and 8% silk. Evenweave comes with square holes and has a higher thread count when compared to other types of fabrics. But since the material tends to fray off, you should sew the edges before starting the project.

If you are cross stitching with metallic thread, there is a greater chance for the thread to get entangled. To prevent this, it is advisable to condition the thread before using it. This makes it easier to pull the thread. You should also leave the needle and thread loose in between the project so that it does not get twisted too much.

Similarly, do not start the project with a long thread as it tends to get knots. The ideal measurement of the thread should be from the tip of your finger to the elbow.

While undertaking cross stitch, you should never pull the thread too tight or make it too loose. It should be pulled with the correct tension so that it lays flat on the fabric without spoiling its overall look.

While undertaking cross-stitch technique involving multiple threads like double herringbone stitch and rice stitch, use threads of different colors. This not only makes it easy to sew but also provides a beautiful look to the final project.

Cross stitching is a relaxing and fun-filled activity. By following the above tips, you get the best result. How To Prepare Cross-Stitch For Framing 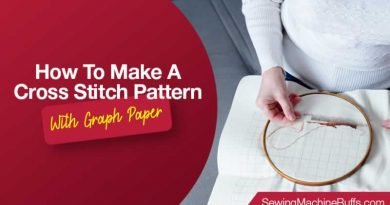 How to Make a Cross Stitch Pattern With Graph Paper 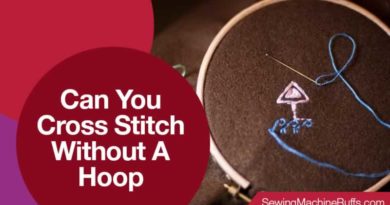 Can You Cross Stitch Without A Hoop